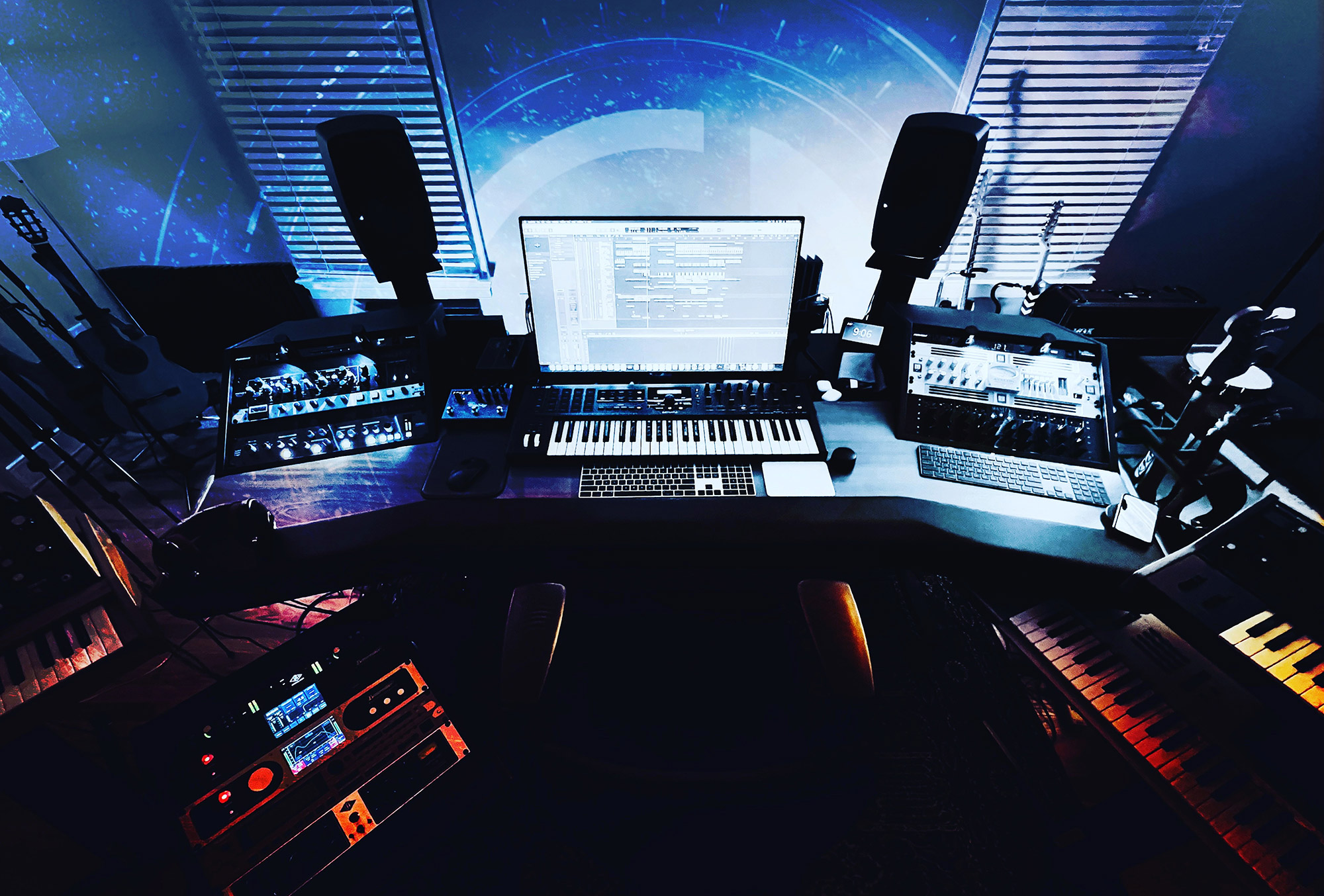 Music has been a large part of my life, ever since I can remember. My first recordings as a young child were made by taking two cassette recorders, first recording drums on one, then playing back to the other while playing piano along to the first tape recorder, and recording both combined to another tape recorder. This was my earliest attempt at making multitrack recordings, by dubbing the parts onto one final recording. I wish I could find these early recordings, I would love to listen back and share them with you. As I drift down memory lane, this story reminds me how important it is to just work with whatever we have, in the moment we have. The rest will take care of itself as long as we continue to walk towards what matters to us the most in our lives. I would never have imagined back then, so many years ago, that the time spent making these early recordings would have eventually led to this moment with you now.

Here are some of my favorite pieces of gear from my studio. Although most of the gear described here would fall under engineering or mastering equipment, this list of analog and digital tools are like musical instruments to me… they all impart a quality to the music, and add flavors and tones to the music, much like any musical instrument does.

I’d also like to say to anyone who may be an aspiring music producer or engineer, that owning analog tools like these are absolutely not necessary to make great sounding recordings. The plugins and tools that are available today in software form are absolutely incredible, and it’s just my preference to work in a hybrid analog/digital workflow. The most important thing you can do is work on your craft and practice as often as you can. What comes stock today with software like Apple Logic pro, is more than enough to make great sounding songs and competitive recordings.

If you’d like to discuss having your music mastered through my analog desk, all inquiries should be directed to Sara Rae.

Below is the gear I’ve procured over many years, carefully chosen for their distinct color and flavor, all in the pursuit of bringing out the MUSIC, in the music. Here’s the current lineup the makes up my analog mix bus/desk as of 2022. 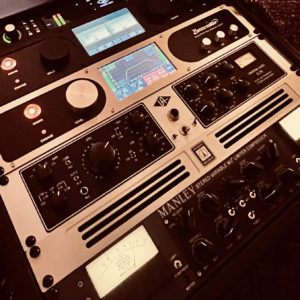 Manley Vari Mu compressor/Limiter
One of my favorite pieces of gear. My passion for this 10 tube compressor began first while using the UAD (Universal Audio) plugin emulation of this legendary piece. This compressor imparts a magical glue to my mixes and masters. This particular model has what Manley calls the T-Bar Modification. The plugin from UAD is fantastic, but the hardware absolutely sounds different in the ways that matter the most to me. In blind tests, I am always able to detect whether it’s the plugin or the hardware itself. The hardware maintains more of the feel, groove, and retains the separation/spaces in the music. It also just seems to bring out more of the music as well, in ways that can be difficult in many other compressors. Hands down, my favorite of the four analog mix bus compressors in my desk. 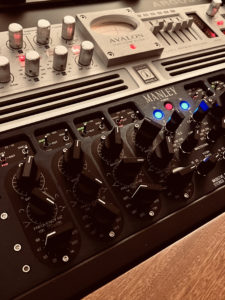 The Avalon 747sp.
Purchased in the mid 2000’s, this was the very first piece of analog gear I added to my mixing workflow. Virtually every song I’ve released over the years has been run through this piece of gear. It’s unique in that it can be operated in Solid State, or through tubes. It is a stereo mix/mastering Optical bus compressor, with a 6 band passive eq. I would describe this piece as adding a very characteristic silky/sheen to the mixes. It is no longer made by Avalon Design, and that’s a shame because there is no other piece that sounds quite like it. I should also mention that it has given me nearly 20 years of faithful service, and has never had to be serviced, nor have I ever had to replace the three tubes. 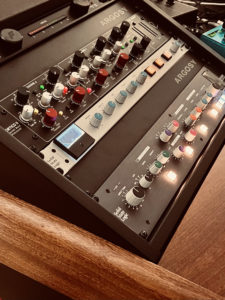 Solid State Logic (SSL) Bus compressor.
A VCA compressor that has been a standard piece of gear in studios around the world since the eighties. I have this set on the insert of my SSL Fusion in the desk. There are many plugins that emulate this wonderful compressor, and there are some fantastic clones of this compressor available today as well, although I have not personally used any of the clones. My favorite plugin emulation of this piece is made by Brainworx, called the “Townhouse Compressor”. 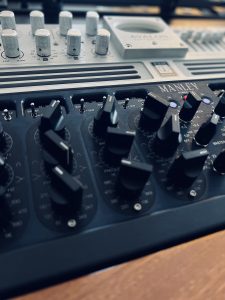 Manley Massive Passive (Mastering Version).
6 tube, passive Equalizer. This piece is another studio legend, found in many world class mix and mastering studios around the world. Again, like the Manley Vari Mu, my first taste of what this EQ can do came from using a plugin emulation made by Native Instruments, called the “Passive EQ ”. This eventually led me to purchase the UAD Massive Passive, and then eventually the real thing, in all it’s analog glory. This EQ really helps me bring out the MUSIC in the music. It’s a beautiful sounding EQ, and it has alot of personality. Just like an instrument, it takes time to really master it as it’s nothing at all like a conventional EQ… when working with it I feel more like I am playing an instrument, vs working with an audio “tool”.

Rupert Neve Designs, Master Bus Processor:
An amazing tool for both mixing and mastering duties. The compressor is extremely transparent, and packed full of modern and classic tricks. The stereo field editor allows me to fine tune the mix/master in ways that really bring out the richness of a mix, and the Red/Blue silk saturation brings a fullness to the sound in a really wonderful way.

Solid State Logic Fusion:
The vibe, and color of an SSL analog desk in a box. This is hands down, the most value for dollar purchase I’ve made for the studio. The transformer, the shelving EQ, and the HF compressor really helps me polish my masters. I could not imagine working without it.

Bettermaker Mastering EQ:
EQ can be the single most powerful tool for making mixes polished, and pleasing to listen to. This combines two EQ’s in one, passive and active. 100% analog EQ, but I can control it and save my settings inside my computer for instant recall song to song.

Bettermaker Darth Limiter:
100% analog limiter, with built- in metering, saturation, and instant recall via a companion plugin on my mac. This is the final analog processor that all of my mixes and masters hit before returning into the computer.

Universal Audio 6176:
Fantastic channel strip which all the vocals I’ve recorded have run thru. I also use it for electric guitar, and occasionally for tracking bass guitar as well. One of the led lights has burnt out… I need to remember to fix that.

Genelec 8351 (A’s):
Studio monitors/speakers are probably THE most important “instrument” in a studio. These monitors were a game changer for me, and have helped me grow as a musician, producer, and mix/mastering engineer.

Digital Audio Workstation (DAW)
Logic X. Been using this since nearly the very beginning, and there’s been no need to change. When it comes to producing music, Logic X has all the tools, and workflow to make the process as seamless and enjoyable as possible. 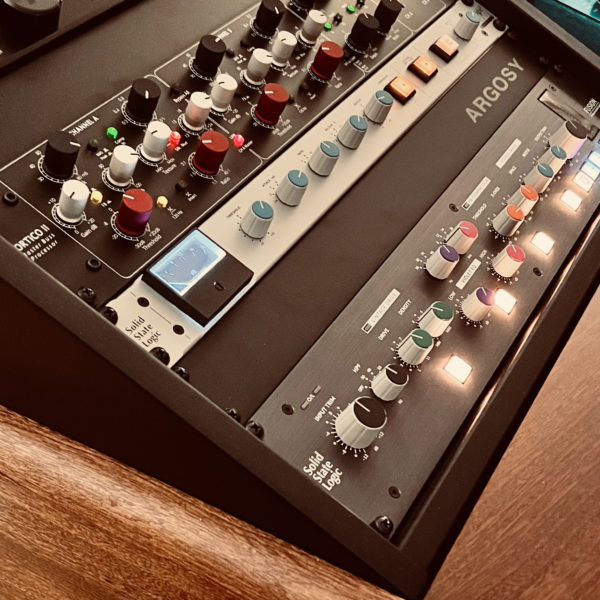 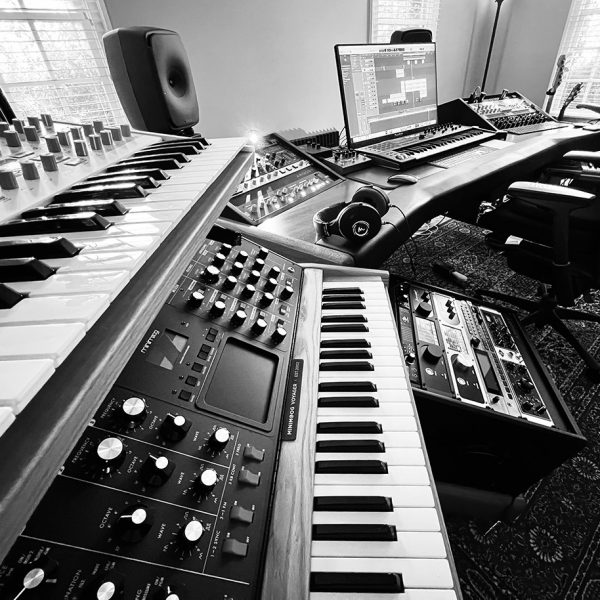 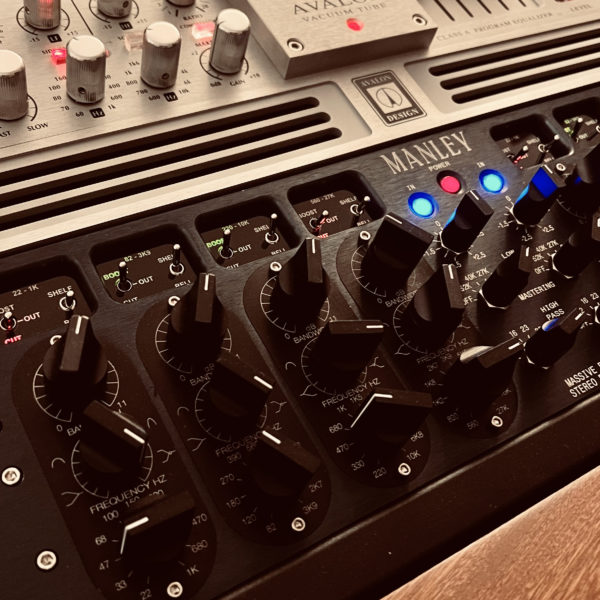 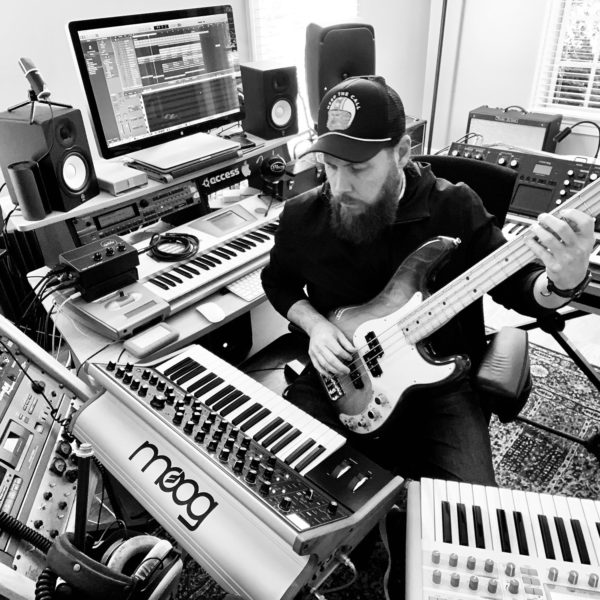 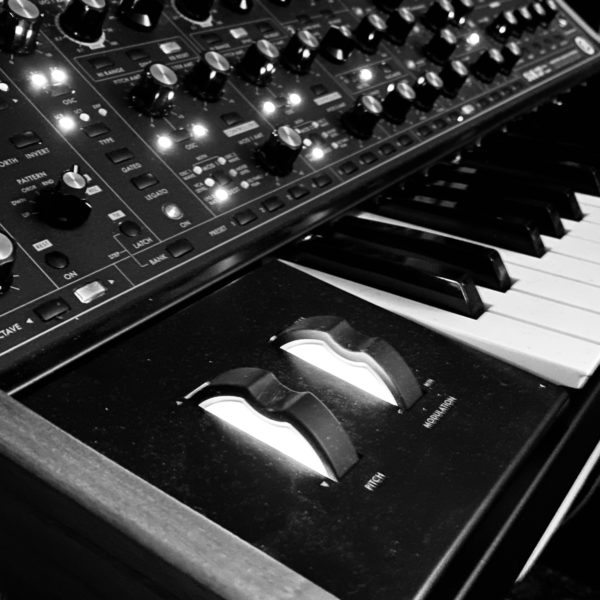 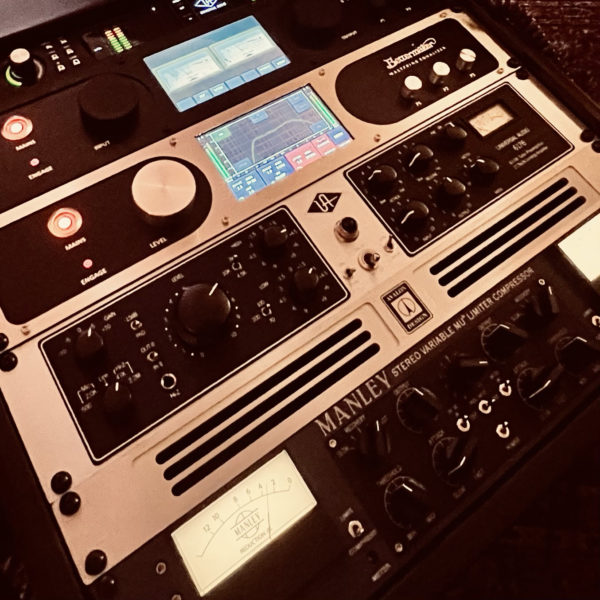 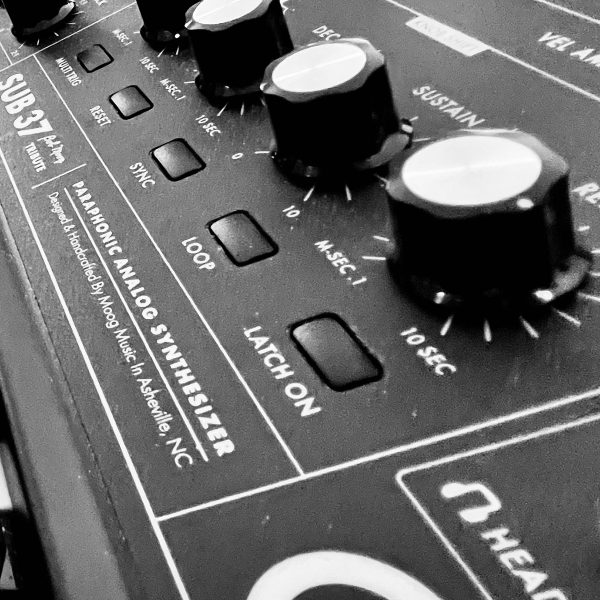 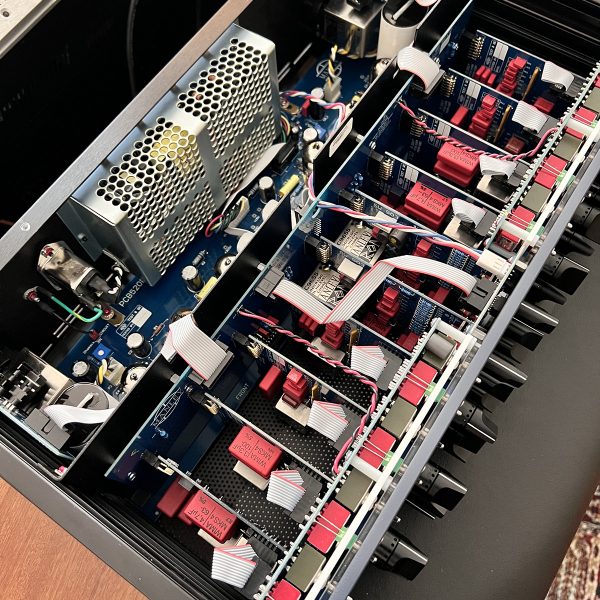 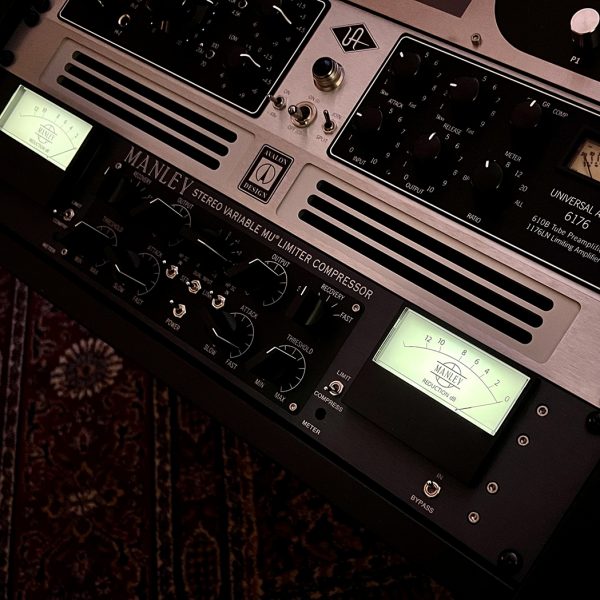 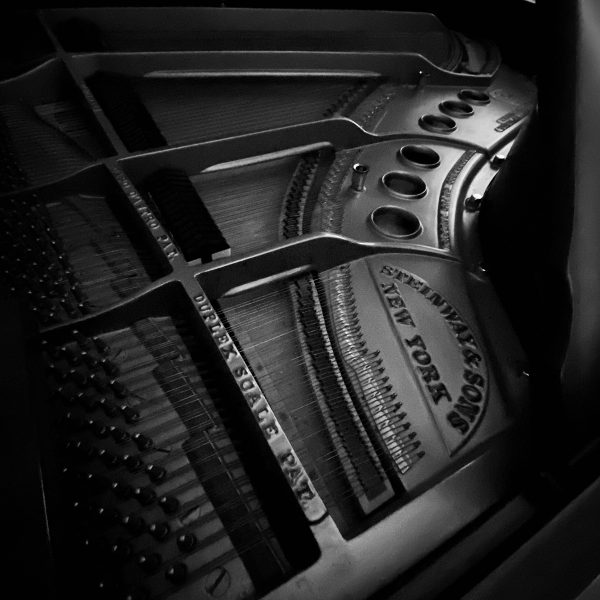 We use cookies on our website to give you the most relevant experience by remembering your preferences and repeat visits. By clicking “Accept”, you consent to the use of all the cookies. However, you may visit "Cookie Settings" to provide a controlled consent. Opt Out of Cookie Collection.
Cookie SettingsAccept
Manage consent

This website uses cookies to improve your experience while you navigate through the website. Out of these, the cookies that are categorized as necessary are stored on your browser as they are essential for the working of basic functionalities of the website. We also use third-party cookies that help us analyze and understand how you use this website. These cookies will be stored in your browser only with your consent. You also have the option to opt-out of these cookies. But opting out of some of these cookies may affect your browsing experience.
Necessary Always Enabled
Necessary cookies are absolutely essential for the website to function properly. These cookies ensure basic functionalities and security features of the website, anonymously.
Functional
Functional cookies help to perform certain functionalities like sharing the content of the website on social media platforms, collect feedbacks, and other third-party features.
Performance
Performance cookies are used to understand and analyze the key performance indexes of the website which helps in delivering a better user experience for the visitors.
Analytics
Analytical cookies are used to understand how visitors interact with the website. These cookies help provide information on metrics the number of visitors, bounce rate, traffic source, etc.
Advertisement
Advertisement cookies are used to provide visitors with relevant ads and marketing campaigns. These cookies track visitors across websites and collect information to provide customized ads.
Others
Other uncategorized cookies are those that are being analyzed and have not been classified into a category as yet.
SAVE & ACCEPT